Broker Relocation Hints and Tips from the Offices of Creative™

Broker Relocation Hints and Tips from the Offices of Creative™ 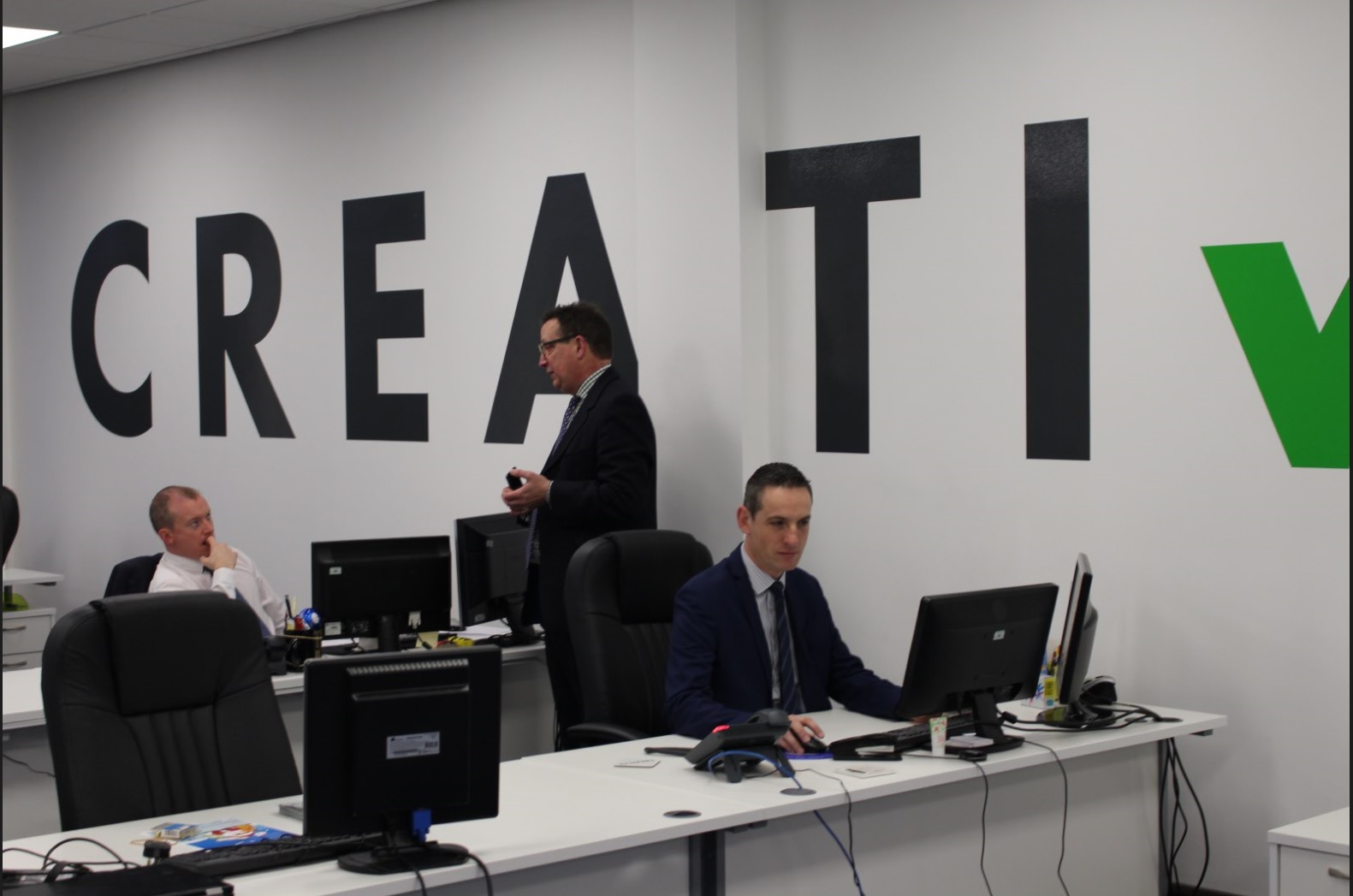 OK, so congratulations: you’ve reached that milestone; you’ve expanded so much you’ve outgrown yourself. Colleagues are talking over you all of the time, some sitting two to a desk – so naturally you can’t hear yourself think (let alone what that softly spoken underwriter just said on the other end of the line) – the meeting room is double booked by managers using it as an overspill space – the MD on the top floor doesn’t need to pick up the phone to reception – it’s far quicker just to bellow his demands down the stairs. This place is small enough to make a team half your size feel claustrophobic. Basically you need a new office!

Having just made a move into new premises, Mike Lowe of the UK finance brokerage Creative Funding Solutions thinks he is well placed to give the readers of this blog an insight into how best to minimise the disruption that such an enforced relocation entails. However no one will be surprised to hear that, as usual, the key to success is meticulous planning and good communication with everyone involved…

Creative™ just relocated from an 800 sq ft two storey office in Horley, a small satellite commuter town of Gatwick just over the border in Surrey, to plush new 2500 sq ft premises in Crawley, one of the big modern towns founded in the middle of the last century, where heritage is naturally lacking but innovation must therefore abound. Manor Royal Business District is the largest business park in the UK covering an area of 240 hectares and is a premier ‘mixed activity’ employment hub. At least that’s what it says on its website, and looking around you’d find it hard to disagree. Over 500 businesses and 30,000 people work in Manor Royal, attracted by its proximity to London Gatwick Airport and the M23 motorway. The size of businesses already located here range from £billion international enterprises such as Thales, Doosan, Elekta and Varian to small businesses, out of whose ranks Creative™ has emerged.

This year Lawrence Davy, the driver of the Creative™ vehicle in the Mini Challenge, reached 8th in the standings, the company embarked on two joint ventures with international funding banks, and looks set to join the ranks of the millionaires club in annual turnover terms. It was already past due, Mike realised, that the company relocated – and this for the third time. But what the hell, the third time’s a charm, right?

Well, yes it is, but only if you get yourself organised. And by organised, Mike means

• Drawing up a moving plan
• Involving employees and maintaining relationships with customers and suppliers
• Looking after the details: specifics such as transferring services and moving equipment
• Hiring removal contractors (duh)
• Obviously managing the move itself

For the move to work, you should plan it at least six months ahead (Creative™ took 7) and take care to involve not just your employees, but your existing customers too. This means drawing up a series of mileposts in outline at first, timetabling the main planning and implementation stages.

Some tasks will have longer lead times than you might guess. For example, changing all those directory entries, arranging leased telephone and data lines and finding removal contractors. But once you start looking, you can expect more and more of these guys to magically turn up canvassing at your door. Obviously, target a moving date during your quietest part of the year (Christmas or the summer holidays) and be prepared for the moving date to change by a couple of weeks in either direction.

Other items which should make it into your plan include any legal problems that you may encounter (the advice of a solicitor should be helpful here if you can afford it), any rates relief that you can get on your old lease if it continues, and a ‘move team’, which should include a coordinator delegating specific areas of responsibility. The final piece in the jigsaw of the plan is of course the removals budget, which may include acquiring and fitting out the new premises, upgrading equipment and disposing of old premises, relocation and redundancy expenses, recruitment costs, the costs of briefings and time lost during the move. Of course it is to be hoped that sales will remain unaffected by the disruption, but…

Obviously if your planned move involves colleagues having to relocate housing as well then they must be consulted at every step of the process. You may have to involve trade union representatives if applicable and keep employees up to date with briefings or presentations as the move progresses. Recognise hardship and expenses that may emerge from the move, and compensate your employees accordingly. It may help if a mobility clause is inserted into contracts and adequate redundancy packages are offered where necessary. Otherwise you will risk legal action and resignations, and destroy morale. Luckily for Creative™, making that short move over the border, this wasn’t the case.

It’s not just your employees that you need to communicate with. You will need to let your suppliers and customers know in advance. Mike explains, customers were told that the firm had outgrown the old place and were invited to a party to mark the opening of the new premises. Key clients also received a personal visit.

There was in fact, quite a fanfare. The Hon. Henry Smith MP was invited to cut the ribbon. Although he has only been an MP since 2010, he’s been part of the political establishment in Crawley for 19 years, in that time campaigning on issues such as blood cancer, animal welfare and local transport. As an unpartisan side note his most controversial stand was perhaps a brave one, if we are to be kind, voting against gay marriage, or else a stupid one (or worse) in less charitable eyes. His most famous tweet according to Google was on the subject of Putin, saying that “he really is a tosser”, although he is something of a philosopher himself, or at least graduating as one from UCL. In any case he was chosen due to his high public profile locally, being associated with the Gatwick Diamond, which has become an important business affiliation for Creative™ as they have grown in more recent years. “I would say that he joins with us in having a bright future ahead, except that I know he’s the Secretary of the all-party parliamentary group on Southern Rail” quipped Mike, by way of an introduction at the event. Fortunately both the MP and the guests were still able to make it.

The less enjoyable communication tasks will include ordering the new stationery, advertising and promotional material now amended to show the new address and contact details and (of course) informing the FCA of your change of address. This can be done quite easily using Connect. You will also need to inform your insurers of the change of address and arrange any new insurance as necessary.

You will need to transfer your services. Obtain a Redirection Application form at your local Post Office or call 08457 740 740. You can also download a form from royalmail.com. Re-register your franking equipment if you move to a new postal district. Phone your telecoms and utilities – don’t forget to take your old number with you, or arrange it to redirect. Beware of the expense. New suppliers may need to be found for office and window cleaning, waste disposal and maintenance services. There may well be equipment and fit out projects which will need completing, and you should have a business continuity plan in case of any delays.

“As a business owner I love success,” said Mike during his speech. And this move certainly has been. It’s all in the planning. Beyond the celebrations, the team here in the Manor Royal Business District fully intend to build something that lasts.